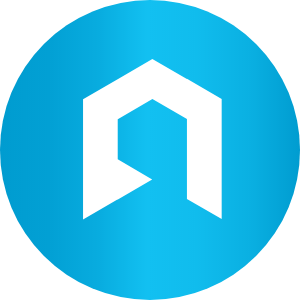 We are delighted to announce that the ClickHouse Altinity Stable Release is updated to 20.8.7.15. This release introduces many changes and new Security, Dictionary, MergeTree, SQL compatibility, and various other features. We are delighted to announce that the ClickHouse Altinity Stable Release is updated to 20.3.19.4. This release includes several dozen bug fixes not present in the previous 20.3.12.112. HAPPY BIRTHDAY, ClickHouse! In honor of ClickHouse turning 4, we have prepared several presents for ClickHouse users and ClickHouse itself: new releases of ClickHouse operator for Kubernetes, the Grafana ClickHouse Datasource and last but not least, the new Altinity Stable ClickHouse release.

We are delighted to announce that Altinity Stable Release is updated to 19.16.17.85. The release includes several bug fixes not present in the previous 19.16.14.65 release. Important notice for our beloved Apache Kafka users. We continue to improve Kafka engine reliability, performance and usability, and as a part of this entertaining process we have released 19.16.12.49 Altinity Stable ClickHouse release. This release supersedes the previous stable release. Welcome to the year 2020! New Year came and it’s a good time to update your ClickHouse to the latest Altinity stable version which we are presenting today. As always, Altinity Stable is a version we know is good and recommended for production use. You can use a newer version in your lab environment to try the latest features. Altinity is glad to announce the certification of 19.13.7.57 ClickHouse release as Altinity Stable. This is a minor upgrade over the previous 19.11.8 release, but we recommend users install it before moving to more recent releases due to a few important fixes and changes. Grafana is a very powerful and popular open source dashboard tool used in many ClickHouse projects. ClickHouse in Grafana is enabled by the Grafana ClickHouse plugin developed by the company Vertamedia, a ClickHouse early adopter.  Many users in the community now depend on the Vertamedia implementation. It has been quite a while since we announced the previous ‘Altinity Stable’ ClickHouse in December 2018. Since then there have been a lot of changes and new features in ClickHouse. The core team has merged almost 1000 pull requests, and 217 contributors completed about 6000 commits. Unfortunately, during those months of active development ClickHouse suffered from stability issues. We have been working hard together with the core ClickHouse team to nail them down. Today we are happy to introduce a new ‘Altinity Stable’ release 19.11.8! Altinity greets everybody with a New Year 2019! As a small gift to our friends we are happy to announce ClickHouse 18.14.19 Altinity Stable release. This is a last stable release in 2018, and funny enough that release minor version is 19, as a welcome message to the next year future releases. Altinity is happy to introduce ‘Altinity stable’ ClickHouse release marking. Altinity stable releases undergo additional testing from our side, we carefully monitored community feedback for any issues, as well as operated such releases in some heavy loaded production systems.