After I wrote the guide Integrating Grafana with ClickHouse, I knew that I wanted to take those instructions and convert them to video.  This way I could show how to install Grafana, connect it to ClickHouse, and some dashboard examples with audio/visual demonstrations to everyone see how quick and easy the process can be.

So – that’s what I did. I created a new video series that teaches anyone with a basic knowledge of Linux or Docker how to connect Grafana to ClickHouse and get right to work.  These videos use a public demonstration ClickHouse cluster hosted on Altinity.Cloud, so you can use the same processes I do to become a Grafana with ClickHouse master.

The video series is split into two parts:

How to Integrate Grafana with ClickHouse 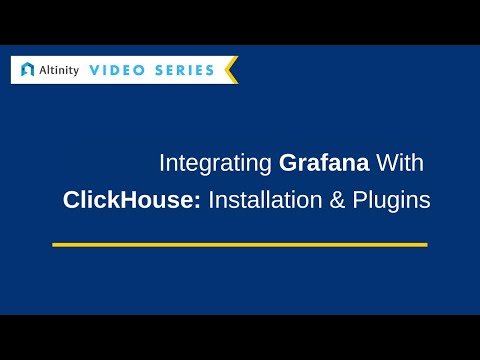 Learn how to install a Grafan server in either Linux or with Docker images, and add in the necessary plugins so it can be connected to ClickHouse. 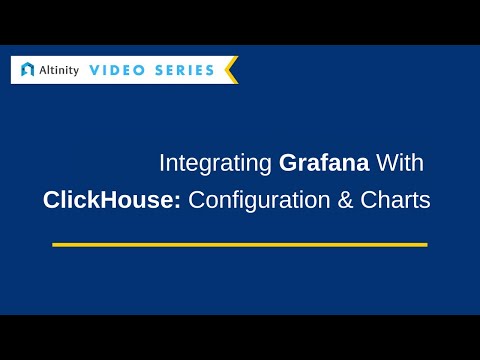 Once your Grafana server is up and ready to connect to ClickHouse, this video teaches you how to connect it to a sample ClickHouse cluster and create charts that turn a flood of data into useful visualizations your team can act on.

If you’re a new Grafana and ClickHouse user, then this will get you started.  If you’re an experienced Grafana wizard, here’s your opportunity to see some interesting chart ideas that you can bring to your environment.
Feel free to watch the ClickHouse Data Visualization Guide playlist where I cover integrating ClickHouse with Superset, Grafana, and soon-to-be other platforms.  If you want those instructions in text so you can copy and paste everything you need, I have the Integrating Grafana with ClickHouse guide on the Altinity Documentation Site.  Stay tuned for more integration guides to help make the most of your ClickHouse servers and your data.